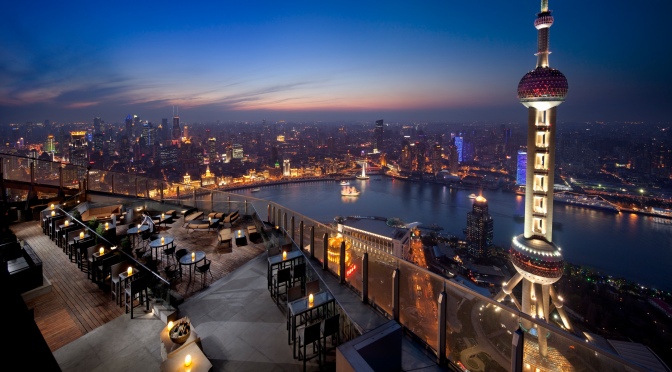 Although the impressively groundbreaking Ritz Carlton Hong Kong just opened barely a few months ago another equally impressive milestone from the group has been making a steady stream of waves over in Shanghai city for the past few months as well. Officially opened back at the end of last year, the Ritz Carlton Pudong is a marvel to behold and, like the Ritz Carlton Hong Kong, the fresh new Shanghai property also boasts a large number of breathtaking feats, including Shanghai’s highest al fresco dining and wining venue, awe-inspiring design traces, plus unrivalled hotel-wide views over Shanghai. Developed by Hong Kong locals, Sun Hung Kai Properties, the hotel is a real stunner and it is unmistakably evident that no expenses were spared in the creation of this masterpiece. Set amidst the upper floors of the Cesar Pelli-designed Shanghai ifc, the hotel reaches for design and architectural heights, which it achieves with class. The cloud-touching property is an integral feature of Shanghai ifc and it enters in as the second Ritz Carlton in the city, and seventh in China. The interiors are just as perfect as the exterior, with designs from Singapore-based Richard Farnell and restaurants by Japan’s legendary Super Potato.

The 285 modern Art Deco rooms feature a lush array of textures, materials, furnishings and technology, with Blu-ray players appearing alongside coffee pod machines, beautifully-designed free-standing bathtubs, and more marble than you can shake a stick at. Richard Farnell’s touches also prettify the property throughout, with patches of real Stingray skin decorating some of the public areas, and meeting rooms which feature an Alice-in-Wonderland chic. For business and conferences one could not get much better, with the hotel’s 1,135 metre square ballroom supposedly being the second largest hotel ballroom in Shanghai. There is also over 2,250sqm of conference and meeting space, with plenty of natural light and outdoor spaces as well. The climax of the hotel is the 58th floor lounge and restaurant called Flair, which has a split-level outdoor terrace with views directly across to the big ball of the Pearl Tower – quite possibly the best rooftop bar in the world. 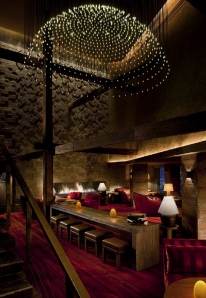