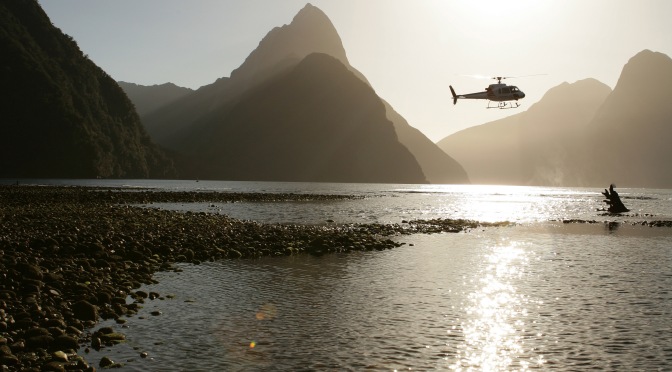 Queenstown in New Zealand has long been rightly identified as the
adventure capital of the world as it is the birthplace of
thrill-seeking tourism, home to many adrenaline-laden world
firsts – welcome to the action-packed epicentre of the world

New Zealand was the last mass region on the planet to be settled by humans. Being late to the inhabitation party, this has given the island country a distinct ecological advantage, as the two main landmasses and all the smaller islets within it now boast a vast biodiversity of life unlike any other in the world. This has also given rise to the adventurous outdoorsy national spirit that New Zealanders have long been known for, which naturally comes with the territory, and is not surprising for a populace living amidst some of the most dramatic topographies on the planet.

END_OF_DOCUMENT_TOKEN_TO_BE_REPLACED 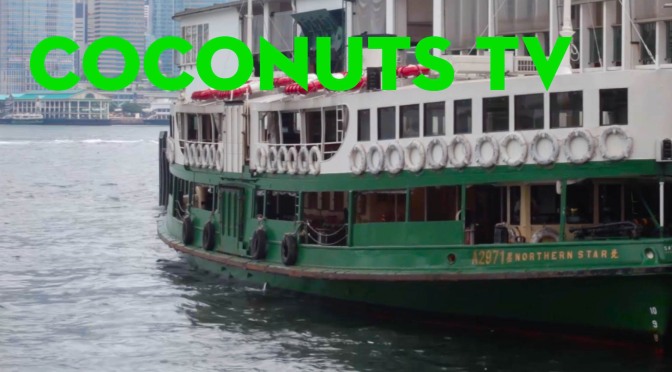 This year marked the 110th anniversary for Hong Kong’s trams, with the star-named ferries only being slightly older. To celebrate these cultural incarnations, Billy Clarke got up close and personal with Hong Kong’s movable heritage icons during the fourth annual Free Ride Day, when all rides on trams and ferries were free.

Unless you’ve been reading censored news over the last year, you’ve probably heard about Ritz Carlton’s phenomenal return to Hong Kong, with their striking new property much more than adequately filling in what was approximately a three-year absence for the brand in the city. Having just passed its first anniversary things have only gotten better to the point of perfection, and over the last twelve months the sky-scraping hotel has come to be an iconic happening address, with luminaries, leading politicians and stars such as Lady Gaga having graced the towering heights of the property.

END_OF_DOCUMENT_TOKEN_TO_BE_REPLACED

Billy Clarke heads to the Hong Kong district of To Kwa Wan to capture a last glimpse of homes that will be destroyed by the Urban Renewal Authority (URA) next month. The URA ousted almost 380 residents from their homes on Pak Tai Street as part of a redevelopment project, compensating tenants with cash or a flat-for-flat option. We met with the last man standing on a block that will soon be demolished.

Billy Clarke heads to Hong Kong’s Sham Shui Po district to become acquainted with a snake queen and meet and eat some reptiles. 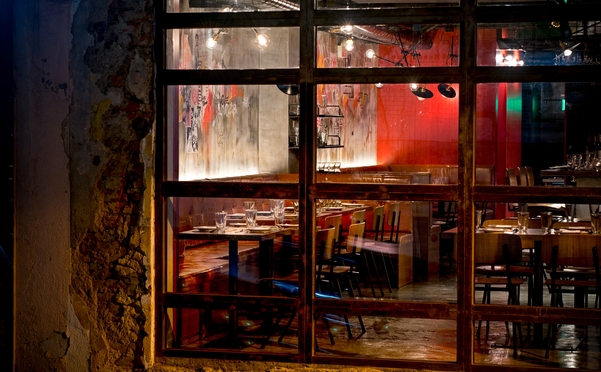 Having successfully gone from Malaysia to New York, the hot and slightly weirdly-named concept that is Fatty Crab has now arrived in Hong Kong with a bang. 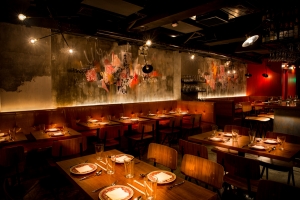 A few years ago, when the concept of Fatty Crab was first opened by the expatriate Fatty Crew in New York City, the concept at first received a mixed reception amongst reviewers and diners alike. Having emulated and taken a name from a small no-frills hole in the wall in Malaysia, the group culturally tailored it slightly to the Big Apple market, with consistent elements such as the dingy interior and scrumptious large spicy crabs at the heart of the menu remaining. In time, the concept caught on and, like the accepting diverse foreign atmosphere that is NYC, the cultural import that was Fatty Crab grew to be an astounding hit. Now, the group has just brought the concept to Old Bailey Street in Hong Kong, home of the Hairy Crab. To make it work here, the group worked to customise the concept slightly more for the local market, with an upmarket and raw edgy styled interior making the restaurant perfect for the local Soho crowd.

END_OF_DOCUMENT_TOKEN_TO_BE_REPLACED 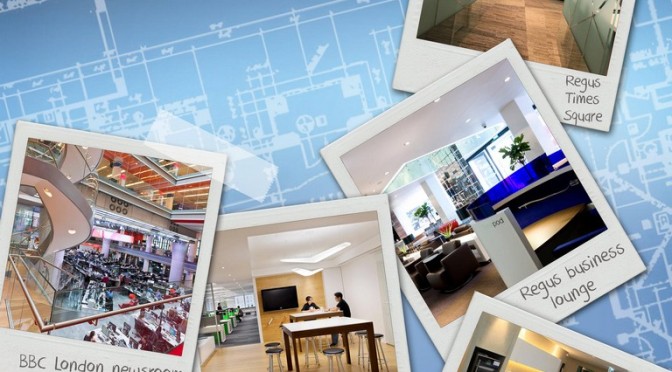 The workspace of today is undergoing a profound shift. As human living is transformed by the modern need for greater mobility, flexibility and sustainability, a revolution is taking place in attitudes to work environments.

“Space is changing,” says Simon French, global design director at Regus. “It’s not all about the four walls around you. Technology is freeing people from their desks, and workspace has got to reflect this. This means more drop-in space, more hot-desking, and more flexible multi-use spaces. Gone are the days of one person, one desk.” END_OF_DOCUMENT_TOKEN_TO_BE_REPLACED

Slipping comfortably onto the meat bandwagon that has been trending in the restaurant scene of late is Blue Butcher, an eye-catching new establishment from the people behind PLAY and the Mexican-themed Brickhouse. However, instead of just sitting on the bandwagon, the folks at Blue Butcher are shaking it around, with the restaurant touting itself a ‘meat specialist,’ rather than a steakhouse. This is not without good reason, as they are the only restaurant equipped with a walk-in pink salt dry aging room in Hong Kong. The practiced chefs prepare, bake, age, and hang everything in-house using age-old recipes and modern techniques. They also use the freshest produce and herbs from local organic farms, with a menu of unique and award-winning cocktails standing out as well. END_OF_DOCUMENT_TOKEN_TO_BE_REPLACED

There is no denying that social media is now part and parcel of the way many of us work. With recruitment firm Robert Half putting the figure of Hong Kong professionals using LinkedIn at 600,000, the importance of social-networking websites to the business world is only expected to grow.

Although people are the backbone of any business, they are also a key source of risk. A “people risk” is the possibility of a negative event occurring when recruiting, employing and reorganising talent that causes loss to a business. The extent of this risk can differ depending on the company and the country.

In an attempt to categorise people risk around the globe, Aon Hewitt has been ranking countries according to their people risk since 2011 in its annual ratings survey. The latest Aon People Risk Index this year has found that Asia-Pacific has the widest deviations in risk of any region worldwide.

For example, while Singapore ranked as the second-lowest people-risk city in the world, and Hong Kong the seventh lowest, there were also a number of very high-risk cities such as Chongqing, Hanoi and Phnom Penh. However, there is a lot of economic potential in these riskier cities and there is keen interest to invest in them.

“Asia-Pacific will continue to be an attractive location for business,” says Rick Payne, regional talent and rewards practice leader for Aon Hewitt in Asia-Pacific. “However, the region has the widest variance in risks related to recruitment, employment and redeployment of any region worldwide. Companies must carefully assess the risks they face in individual locations and identify the specific steps they need to take to address those risks.”

Singapore is a perfect case in point. The country has low people risk in regards to demographics, government support, education, talent development and employment practices. Despite this, however, the Singaporean government recently introduced measures to curb the influx of foreign talent which, while not affecting labour pools immediately, has the potential to harm Singapore’s ability to attract talent in the longer term.

“We anticipate Singapore may experience problems in the next few years with regard to demographics,” Evans says. “The government is tightening policies regarding the inflow of foreign talent, which will have an impact on Singapore’s ability to mitigate the risk of its ageing population and low birth rate.”

Hong Kong has slightly higher risks all round, except in demographics. However, it also has issues ahead for future workforce planning, and this is linked to the economy and fluctuating GDP growth.

“According to the People Risk Index, Hong Kong is low risk – one out of 10 – for low work productivity. In support of this, a report by the Economist Intelligence Unit rated Hong Kong as the most productive workforce in Asia in 2012,” Evans says.

On the other hand, across the border, the mainland’s tight labour market put a lot of mainland cities above the top 50 ranking in the index. There has also been a growing trend of companies shifting to inland, tier-two cities where costs are lower, but risk is higher.

“The shift inland is due to high costs in first-tier cities as well as new opportunities in these rapidly growing markets,” Evans says. “While the attraction of lower operating costs and new markets will continue to draw investors to tier-two cities, our study found significantly higher levels of people risk in these cities. We feel that people risk gives a lot of context to these lower costs.”

Janet De Silva, dean of Ivey Asia, has also witnessed this shift to secondary cities. She says these cities lack trained, informed sales and service staff and, above all, managers.

“The growing need for talented managers in China represents by far the biggest management challenge facing multinationals and locally owned businesses alike,” she says. “In a recent China Consumer Market Strategies study [conducted by Booz & Company and the American Chamber of Commerce in Shanghai], 37 per cent of multinational companies reported that recruiting talent was their single biggest operational problem in China – a bigger problem than concerns about regulations, lack of transparency or intellectual-property rights.”

To combat the constricting talent supply, De Silva says that some overseas companies in China are now opening local academies and campuses, while Chinese companies are now offering management salary packages and benefits that match or exceed those offered by multinationals.

These actions can lessen risk in the respective locations in which they are carried out. Evans says that education is also another key area where people risk can be improved. Using Hong Kong as an example, she says that the current struggle for parents to find places for their children in Hong Kong schools will have an long-term impact on the quality of “home-grown” talent entering the workforce in the future. This is also true of any developing city that does not address its education supply and people risk correctly.